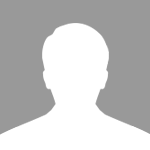 The proposed bills on sexual harassment and recognition of social work as a profession are expected to be tabled by the women, family and community development ministry by the end of the year.

Its minister Rina Harun said improvements have been made to the two bills, which will be given to the Attorney-General’s Chambers for its perusal.

“We will try to table both bills during this year’s parliamentary session,” she said to reporters at the launch of the special Penjana incentives for target groups – children, single mothers, persons with disabilities and senior citizens – under her ministry.

It was earlier reported that the proposed Sexual Harassment Bill would provide a more comprehensive definition of sexual harassment and a more effective mechanism to lodge complaints. It will also advise remedial elements and penalties.

“The most important aspect of these policies is its implementation. This does not only involve the ministry but also the states because of the existence of different laws at the two levels,” she said.

Asked if there were any programmes for women, especially those with young children, to resume working from home in line with the new normal, Rina said the matter needed additional discussions involving various parties.

“Right now, working from home is being practised and this means it is something that can be done. However, to implement it (over the long term), further discussions are required because some people can work from home while others have to go to the office,” she said. There have not been any programmes for mothers working from home as of now.

Pointing to her ministry, she said out of its workforce of 9,000, about 5,000 from the Social Welfare Department (JKM) have to “go on the ground” to deliver aid to interior areas that lack Internet access.

Seeing the work from home concept practised throughout the movement control order (MCO) as something positive, she said: “Maybe we can think of a better mechanism, especially for those who have young children who need more attention.”

Hiring Giving You a Headache? You've found the solution! Register at AJobThing.com to access our recruitment services.

Jul 10, 2020
Beware of the Possible Surge in Bankruptcy Cases